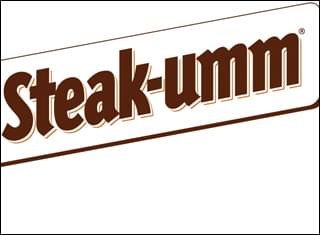 Humans are pattern seekers trying to make sense of randomness with biases
that make them vulnerable to propaganda. This slice of wisdom is brought to you
by Steak-umm, the delicious thinly-sliced meat brand.   Check out great recipes each week from Steak-umm!

Melt 2 tablespoons of butter in a cup. Cut your phyllo sheets into approximately 2 ½” squares. Use 4-6 of the squared sheets of phyllo for each cup tin. Brush melted butter between each layer of phyllo (you can rotate the layers to make a hexagon design, if you like). Place the layered phyllo in the mini cup tin and press in with your finger around the sides until the phyllo is formed to cup. Repeat for each cup.

This process can be a little time-intensive, but the end result is worth it. If you don’t have the time to work with phyllo dough, you can buy the pre-made mini phyllo tart shells. If you choose this method, you won’t need the mini cupcake tin. You can simply put them on a cookie sheet.

Preheat the oven to 375 degrees F.

Melt 1 tablespoon of butter in a large skillet over medium-high heat. Add onion and red bell pepper. Cook until onion is translucent. About 5-8 minutes. Add Steak-umm (you can break apart or just put the full sheets in the pan). Use your spatula to chop Steak-umm. After Steak-umm is browned, add Worcestershire sauce and cook for a few more minutes. Remove from heat.

Mix cream cheese and horseradish (if you’re using) together in a mixing bowl. Add cooked Steak-umm mixture and stir until thoroughly combined. Spoon mixture into the phyllo cups or shells and sprinkle with cheese.

Bake in oven until cheese is melted and phyllo dough is browned (if you are using the premade shells, they are already browned and you simply need to melt the cheese, about 5 minutes).